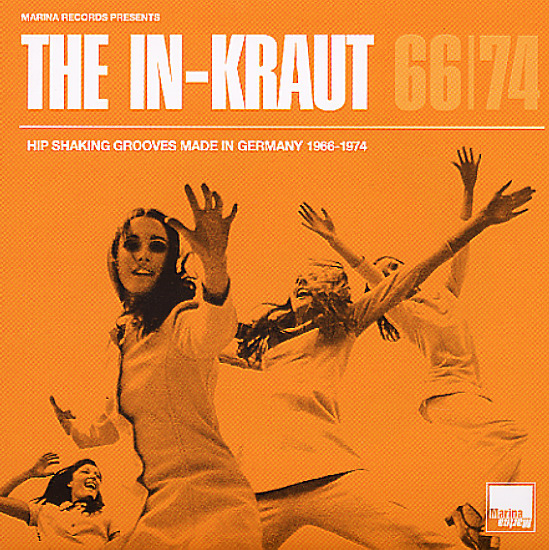 One of the coolest compilations we've heard in a long long time – filled with fresh and unusual tunes from the 60s and 70s, all pulled from a range of rare German recordings! The vibe here is playful and groovy – part mod 60s, part American-inspired funk – and all sparkling with very cool instrumental, vocal, and production touches that make most of these tunes stand out from anything else we've heard before. There's a slight similarity to some of the Peter Thomas soundtrack sides from the time, or some of the MPS non-jazz material from these years – but the overall approach is quite different, and often runs into psychedelic or soul-based territory we weren't expecting. The set was put together by the folks at Marina Records, who also had a hand in some of the Get Easy collections – and our hats are off to them for their discerning ear and love of a left-of-center tune! Each new track is a real delight to our ears – and the set's the kind that re-inspires us to go looking for old records with the knowledge that there's still a heck of a lot of great grooves out there that we know nothing about! Each track is annotated nicely – further unlocking the mystery of the music – and titles include "Gemini" by Gunter Noris, "Beat It" by Fredy Brock, "Berlin" by Heidi Bruhl, "Das Stundenhotel Von St Pauli"by Erwin Halletz, "Pussy Baby" by Bill Lawrence, "Moving Out" by Orchester Helmuth Brandenburg, "Wie A Glockn" by Marianne Mendt, "Sundy Love Affair" by Orchester Frank Pleyer, "An Unknown Quantity" by Bill Ramsey & the Jay Five, "From Here On It Got Rough" by Hildegard Knef, "Marihuana Mantra" by Kuno & The Marihuana Brass, and "Naturally Stoned" by Helmut Zacharias.  © 1996-2021, Dusty Groove, Inc.