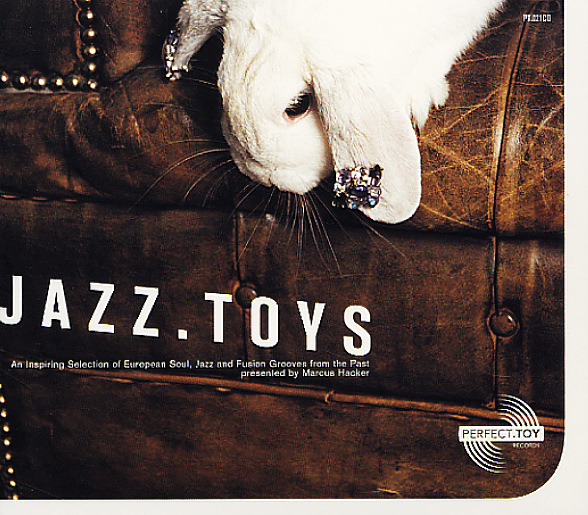 Jazz Toys – An Inspiring Selection Of European Soul, Jazz & Fusion Grooves From The Past

Don't let the title or the bunny on the cover put you off, because there's nothing toy-like about these tunes – and the package is an excellent batch of rare German grooves put together with the same high level as other collections on the Perfect Toy label! Ex-Spinning Wheel mainman Marcus Hacker put together this one – and the grooves remind us a lot of some of the older SW sound library compilations – all awash in flavors borrowed from Brazilian bossa, American funk, Brit easy, and other genres – remodeled into a German economic miracle mode by a variety of jazz and studio players! The sound here is really really fresh – funky, but with lots of odd little touches and unusual instrumentation – a bit in the In Kraut mode, but more direct overall, and slightly less kitschy (although the set does have a few charming moments in that respect.) A number of tracks have vocals – some sung, some scatted – and titles include "Photographs" by Swegas, "Cameleon" by Kaate Frits Quartet, "Drift" by Orchester Heinz Kiessling, "Soul Samba" by The Earthquakers, "Guarana Guaranar" by Grupo Veneno, "Sara" by The Voices, "I Mimi" by Idili Tsaliki, and "Memories Of Yesterday" by Othella Dallas.  © 1996-2021, Dusty Groove, Inc.