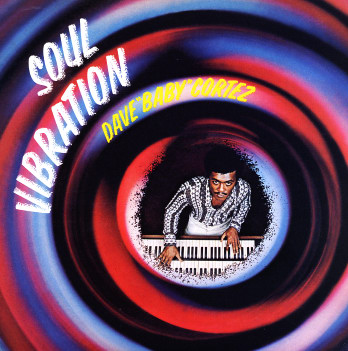 A very weird record – and one of the most compelling albums ever cut by organ whiz Dave Baby Cortez! The record's a mixture of many different styles – the pop soul instrumentals of Dave's earlier career, the funky soul jazz of the early 70s, and some trippier sounds that have a wild spaced out feel – hardly what you'd expect from Dave's early 60s hits! Arrangements are by Sammy Lowe, and the approach is mostly in the small combo format, with some added backings on a few of the cuts – all nicely run through the rougher New Jersey edges of the All Platinum label – which really helps enforce the sound of the record! Titles include the classic "Funky Robot (parts 1 & 2)", plus the cuts "Funk Shack East", "Pretty Eyes", "P's and Q's", "Born Funky", and "Tongue Kissing", which has a spoken voice narrating how to French kiss!  © 1996-2021, Dusty Groove, Inc.
(Purple label pressing with 5 songs on the B-side. Cover has light wear and a small cutout hole.)