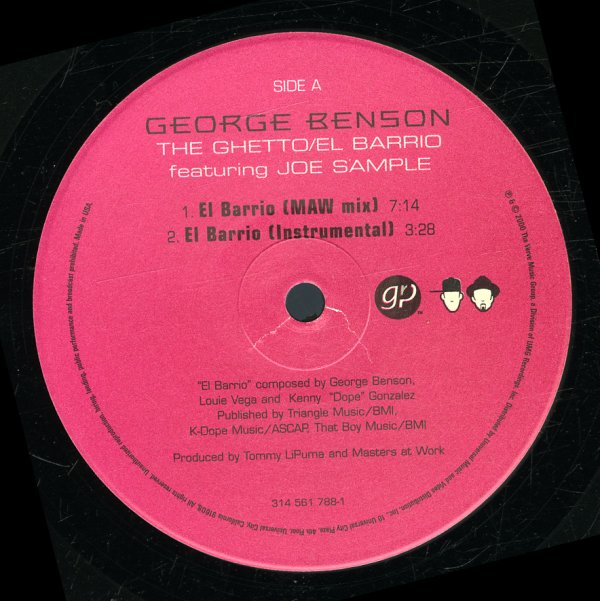 Sweet single, featuring one of the best George Benson tunes since the 70s! The cut's a Latinized version of Donny Hathaway's "The Ghetto", pumped up nicely by Masters At Work, and featuring some strong keyboards from Joe Sample!  © 1996-2021, Dusty Groove, Inc.
(White label promo in a stickered sleeve.)