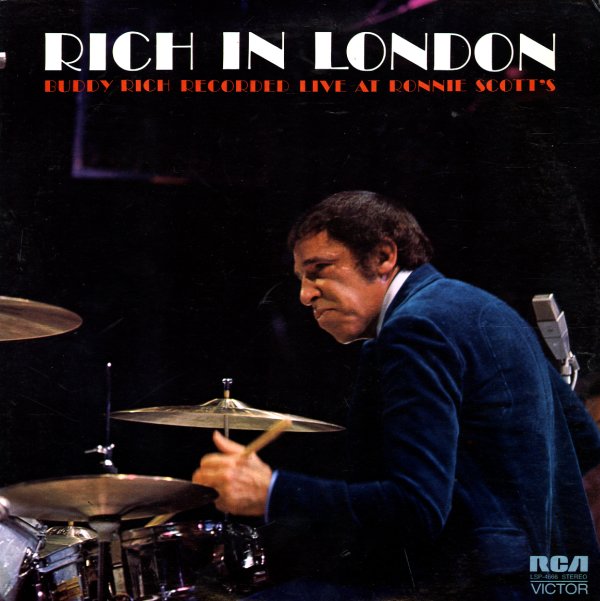 Crackling live energy from Buddy Rich – recorded at Ronnie Scott's nightclub in London, and with a sound that recalls some of Buddy's best from the 60s! The group is plenty great – and the attraction here goes way beyond just Buddy's famous work as a leader. As with other Rich albums from the time, the album features some really searing solo work from Pat LaBarbera – clearly the second star of the set, and really bringing a lot to the session on tenor, flute, and soprano sax! Arrangements are by John LaBarbera, Mike Gibbs, and others – all very hip talents who keep things compelling throughout – and titles include "The Word", "Dancing Men", "St Mark's Square", "That's Enough", "Little Train", and "Tim Being".  © 1996-2021, Dusty Groove, Inc.