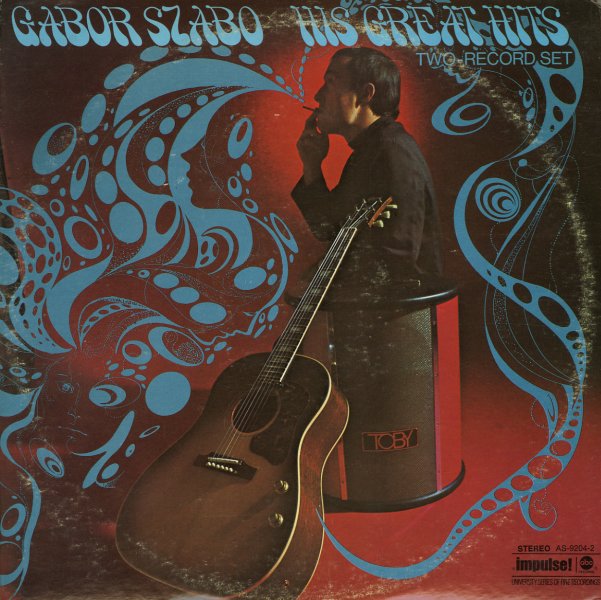 An excellent 2LP collection of some of the best work that Gabor Szabo recorded for the Impulse label during the mid and late 60s – tracks that mixed together jazz, Eastern spiritualism, and a hip 60s pop sensibility. At one time, we used to dismiss this stuff as too cheesy for our tastes – but going back to it, we find that it's not cheesy at all, and instead find the tracks to be incredibly inspired and visionary. Szabo's guitar is as groovy as ever – and other players include Tom Scott, Gary McFarland, Chico Hamilton, Sadao Watanabe, and Bill Plummer. Titles include "Evil Eye", "Mountain Heir", "Krishna", "Gypsy 66", "Lady Gabor", "Search For Nirvana", "Space", and "Spellbinder".  © 1996-2021, Dusty Groove, Inc.
(Rainbow label pressing. Cover has ring and edge wear with mostly split bottom seams)