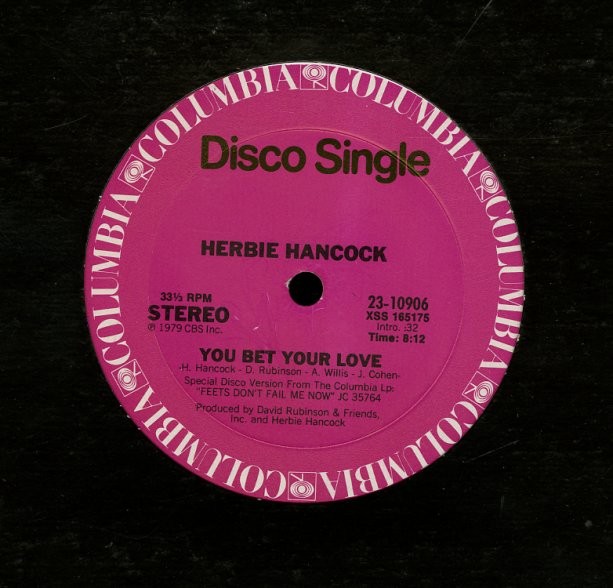 You Bet Your Love/Ready Or Not

Herbie at his most R&B oriented for the 70s – but also pretty darn great as well! "You Bet Your Love" is a really groovy little number – one that begins here with a long-rolling intro that's got a great rollerskating feel – and which opens into a beautifully spacey vocal that has a nice vocoded feel! "Ready Or Not" is much more bass-heavy – almost in a Zapp-ish mode, but with more than enough sweet Herbie touches!  © 1996-2020, Dusty Groove, Inc.