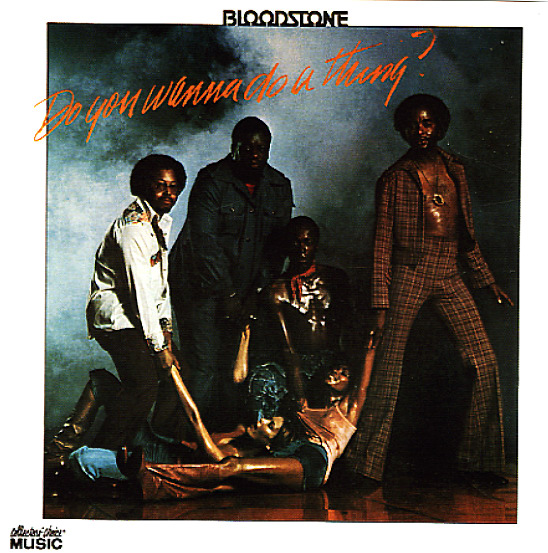 Do You Wanna Do A Thing?

Bloodstone moving into a whole new thing – a funkier groove than before, and one that really points the way towards the group's clubby direction at the end of the 70s! Although best known as a sweet harmony group, Bloodstone shine equally well in this upbeat mode – a territory that's somewhere in a space between the funky Isleys of the 70s, and some of the more soaring, sweeping Philly grooves of The Spinners! A few fragile, mellow moments come into the mix – which helps balance out the sound – and the group get some great east coast soul treatment from arranger Bert DeCoteaux, who co-produced the album with Tony Silvester. Titles include a great version of "Just Like in the Movies", the Ace Spectrum classic – plus the tracks "This is It", "When We're Doin It", "Do You Wanna Do a Thing", "If You Wanna Be My Baby", and "Give Me Your Heart".  © 1996-2020, Dusty Groove, Inc.
(Includes the lyric sleeve. Cover has light wear.)