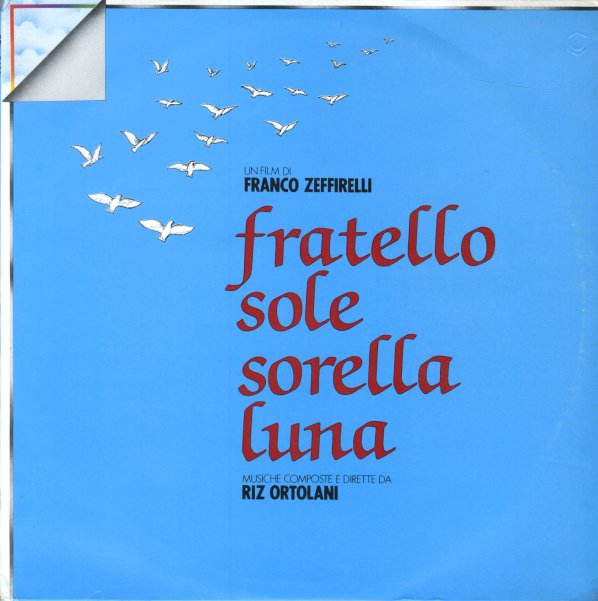 Beautiful sounds from Riz Ortolani – a much more serious score than some of his work in the 60s, and a set that's almost got a Morricone-like majesty at times! Orchestrations are full, but have some nicely isolated instrumentation – which crafts these melodies that are simple, but powerful – quite seductive, with just a little – and a few tracks feature vocals from Claudio Baglioni. There's a lot less whimsy here than in Ortolani's 60s scores, and the overall sound is relatively mellow, with a slight spiritual bent created through use of chorus vocals on some numbers. Titles include "Fratello Sole Sorella Luna", "Lullaby", "Udienza Papale", "Francesco Va Solo Nel Mondo", and "Conversione Di Bernardo".  © 1996-2022, Dusty Groove, Inc.
(Early 80s issue. Cover has light wear.)

Nella Stretta Morsa Del Ragno
RCA (Italy), 1971. Near Mint-
LP...$14.99
The cover's creepy enough – and the music is too – an instrumentally complicated score – one that features heavy guitars one minute, then strings, then stark, spare instrumentation the next – including weird bass bits and electric harpsichord passages that are very nice! ... LP, Vinyl record album

Mediterranean Holiday
London, Mid 60s. Near Mint-
LP...$19.99
An obscure one from the great Riz Ortolani – a travelogue film with a bit of vocals too! LP, Vinyl record album

Themes – Lounge
Music On Vinyl (Netherlands), Late 60s/Early 70s. Near Mint- 2LP Gatefold
LP...$49.99
A stunning set that's packed with some of our favorite music from the soundtrack genius Ennio Morricone – that special style he created in the late 60s, as a way of blending together influences from jazz, bossa nova, and other instrumental styles – hardly the sleepy lounge music of the ... LP, Vinyl record album