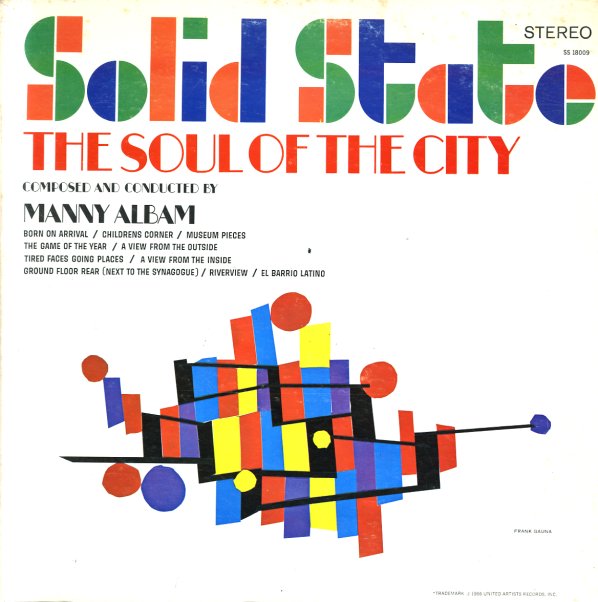 Soul Of The City

A wonderful little session from Manny Albam – one that continues the strong tradition of larger group jazz arranging he began in the 60s, but which takes it to an even deeper level! Manny composed the entire set as kind of a "city suite" in jazz – one that paints the picture of many different shades of city life through jazzy solos and a range of deeper tones and colors from the larger ensemble. Players include Frank Wess, Phil Woods, JJ Johnson, Jerome Richardson, and Mike Manieri – all extremely well-suited to an outing like this – and titles include "The Game Of The Year", "Born On Arrival", "The View From The Inside", "El Barrio Latino", "Ground Floor Rear", and "Riverview".  © 1996-2020, Dusty Groove, Inc.

Bird Call (Solid State)
Solid State, 1963/1969. Near Mint- Gatefold
LP...$19.99
An excellent bit of early 60s soulbop – and one of two rare albums ever cut by the obscure female alto player Vi Redd, one of the few women sax players of her generation to get recorded! The album's got an easygoing groove that's mighty nice – a touch of R&B at times, but not ... LP, Vinyl record album