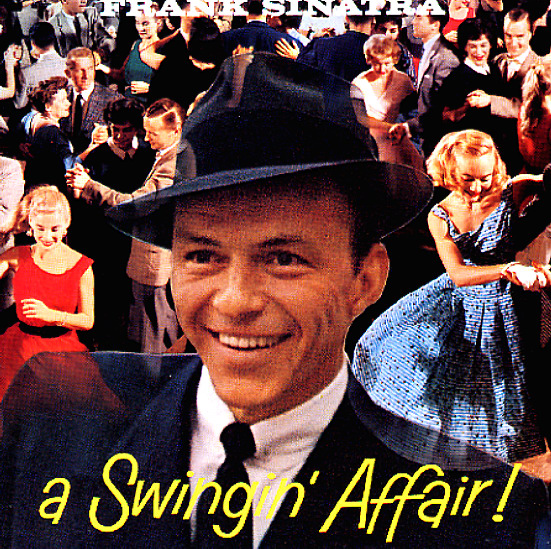 Also available
Frank Sinatra — Swingin Affair ... CD 3.99
A Swingin Affair indeed – as the album's one of our favorite ever from Frank's Capitol years! Nelson Riddle shows here that he can be just as great on the uptempo numbers as he is on the ballads – and casts Sinatra's full rich vocals into a great set of older swinging tunes. Frank really breathes new life into these standards – completely transforming them and making them his own – and in the process making us love tunes that we never thought we'd care for! Titles include "Oh Look At Me Now", "At Long Last Love", "From This Moment On", "I Got Plenty O Nuttin", "I Wish I Were In Love Again", and "Night & Day".  © 1996-2023, Dusty Groove, Inc.
(Mono rainbow label pressing. Cover has a partial top split, piece of tape on spine, the back has light surface wear & aging.)