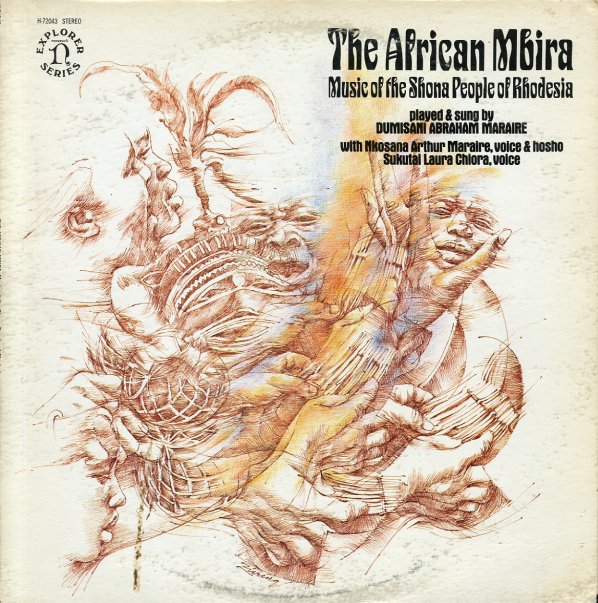 African Mbira – Music Of The Shona People Of Rhodesia

The first of several volumes of Shona Mbira music released by Nonesuch in the US during the 70s, sought after by musicologists and African music fans for a while, as it's gone in and out of print. The arrangements and compositions are deceptively simple, built around single or multiple thumb piano lines, accompanied by shakers running underneath beautiful vocal melodies, which like the cascading rhythms, are often repetitive. Six pieces: "Kana Ndoda Kuramba Murume", "Tipe Tizwe", "Misorodzi", "Gumbukumbu", "Ndini Baba" and "Urombo".  © 1996-2021, Dusty Groove, Inc.

Woyaya
Decca, 1971. Very Good+ Gatefold
LP...$11.99
These early Osibisa records always used to be fairly common years back – perhaps because they were always a bit too hippy dippy and loose for the older funk crowd. But now, in today's blunted groove culture, they seem to have found a new appreciation for their trippy Afro funk style, and ... LP, Vinyl record album