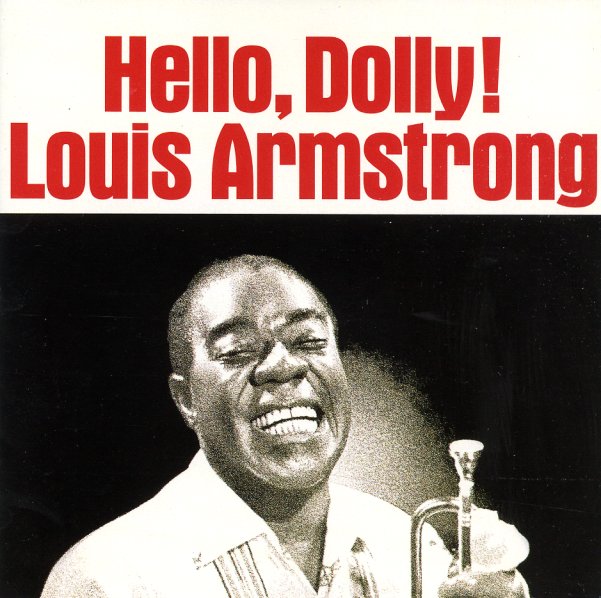 A key album in the career of Louis Armstrong – one that helped him forge the fourth or fifth great comeback in his career! As you'd guess by the title, the album's built around Louis' hit version of "Hello Dolly" – sung in a mode that at one level stretches back to his roots in trad jazz, but at another kind of peps the whole thing up with a mod 60s/20s retro sort of swing – more syncopated than before, with a choppy little groove that pushed Louis right back onto the charts. Backing is by a small group that includes Billy Kyle on piano, Arvell Shaw on bass, and Joe Darensbourg on clarinet – and the album's filled with other great numbers that include "A Kiss To Build A Dream On", "Moon River", "You Are Woman I Am Man", "Blueberry Hill", and "Be My Life's Companion".  © 1996-2021, Dusty Groove, Inc.
(Black label mono pressing with deep groove. Cover has light wear.)

Third World
TCB, Early 70s. Near Mint-
LP...$14.99
Early 70s issue of a record recorded for the Warwick label in the early 60s – mostly led by Curtis Fuller, and under the name Soul Of Jazz Percussion. The record is a strange batch of soul jazz tracks that features a number of different groups with players like Fuller, Waldron, Little, ... LP, Vinyl record album

El Gato
Flying Dutchman, 1975. Very Good
LP...$4.99
A great summation of the Gato Barbieri recordings for the Flying Dutchman label – and a set that includes a key new composition too! Some of the record features older Barbieri tracks for Flying Dutchman, but the highlight here is the extended 13-minute suite, "El Gato" – a ... LP, Vinyl record album