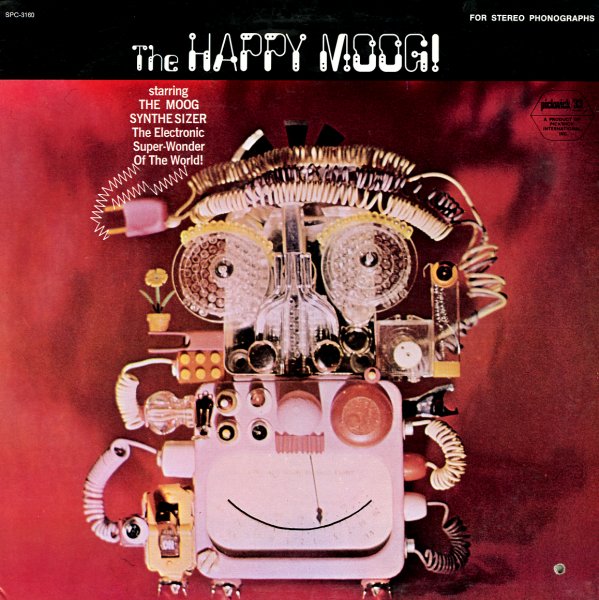 Man, this moog sure is happy! And who wouldn't be? The groovy lil' instrument's got some excellent backings here – all spare, rhythmic, and filled with cool electronic effects. The overall level of the electronics is more sophisticated than Perry-Kingsley, but in the end the sound is similar – with a great pile of choppy and groovy original tunes, like "Saturn Ski Jump", "March Of The Martians", "Re-Entry To The Moon", "Moog Foo Young", and "Short Circuit".  © 1996-2021, Dusty Groove, Inc.