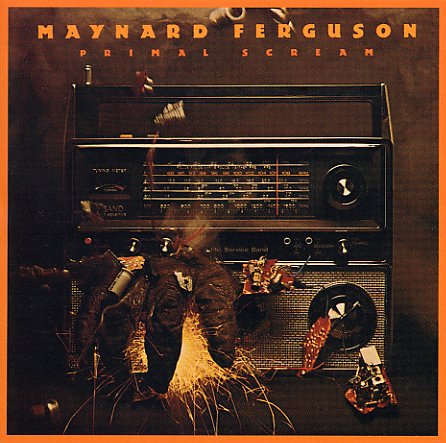 One of the funkiest records ever from Maynard Ferguson – the climax of a great run of bigger group grooves in the 70s! The record's a tight batch of groovers, with production and keyboards by Bob James – and the whole thing's a mixture of big band funk and electronics that's simply out of this world! Side one kicks off with two massive numbers – the Arp-heavy "Cheshire Cat Walk", and the Kool & The Gang-ish "Primal Scream" – and both cuts are quite long, with loads of cool instrumental effects. Side two is a bit softer, but it does include a long keyboard groover called "Swamp".  © 1996-2021, Dusty Groove, Inc.
(Copver has ring and edge wear.)