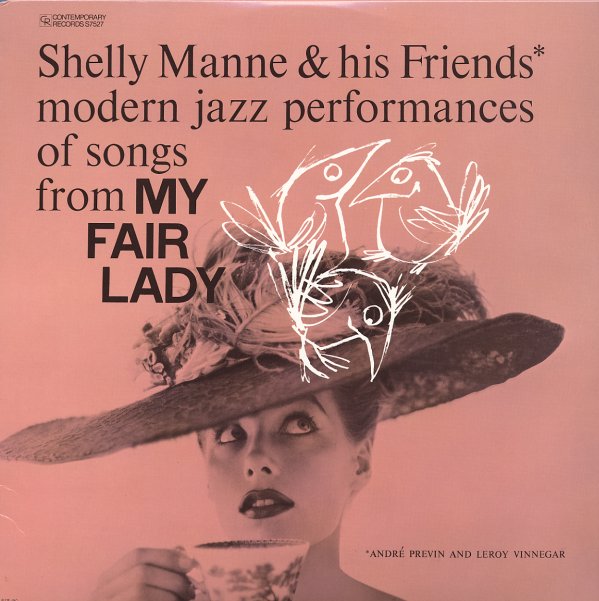 A key early entry in the "jazz meets Broadway" genre – and a record that was so successful, it went onto inspire countless imitations! Shelly Manne's working here in a lightly playful trio setting – alongside Andre Previn on piano and Leroy Vinnegar on bass, in a reading of tunes originally composed for the musical My Fair Lady. Given Manne's talent for unusual rhythms and melodic percussion, the session's got a bit of a whimsical edge that takes it way past the core compositions that most listeners already knew – into a realm that allows for much great improvisation and play with the melodies. Previn's nicely restrained on the keys, and Vinnegar adds in a good sense of bottom to the set – and titles include "Get Me To The Church On Time", "I Could Have Dance All Night", "Ascot Gavotte", "Show Me", and "With A Little Bit Of Luck".  © 1996-2020, Dusty Groove, Inc.
(Yellow label pressing with deep groove. Cover has age spots.)