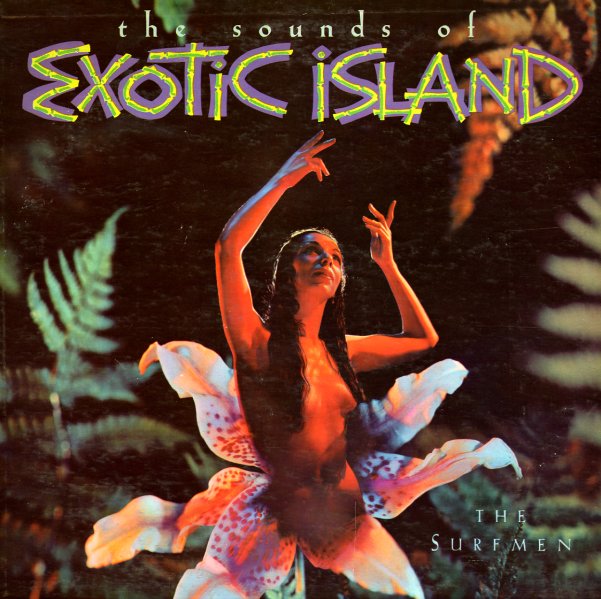 Although their name might make you think of these guys as a guitar instrumental combo, they're actually a great little exotic group – one who plays in a mode that's a heck of a lot like Martin Denny at his best! There's a highly percussive approach to the tracks that's very much in the best spirit of the smaller exotica groups of the time – one that uses vibes and lots of percussion instruments to really get the sound right. But at another level, the Surfmen actually even go things one better – by sparely using organ and electric guitar to add some even more interesting touches to the tunes – not much at all, but just enough to give the group their own sound, and to make this record one that really stands out from the pack. And once you find out that the Surfmen actually includes work by Paul Horn, Emil Richards, Alvino Rey, and Milt Holland – it's easy to see why the sound of the record is so great! Titles include "Bali Hai", "Jungle Romance", "Forbidden Island", "Tahiti Sunrise", "Moonlight In Paradise", and "Moon Of Manakoora".  © 1996-2023, Dusty Groove, Inc.
(Mono blue label pressing with deep groove. Cover has split seams and some discoloration from age.)

Tall Cool One
Imperial, Mid 60s. Near Mint-
LP...$24.99
Hard rockin instrumentals from this Northwest combo who caused the scene to blow up large back in the 60s! Tracks are short and hard – with a darker edge that tunes of the type coming out of CA at the time. Titles include "Tall Cool One", "Frenszy", "Shake Down" ... LP, Vinyl record album