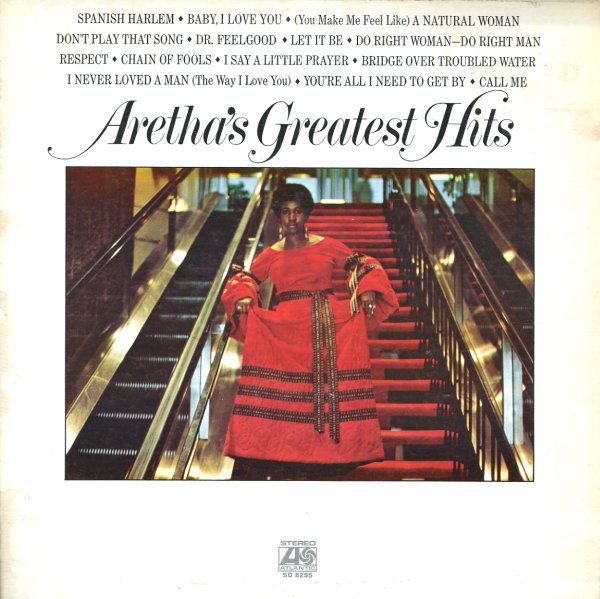 A well-done showcase of Aretha's best early work for Atlantic Records – a collection that really gets at the deepest soul side of her style, and focuses on the transformation of sound that occurred when Franklin moved over to the label from Columbia. The set's overflowing with greatness – a total of 14 tracks in all, with killer arrangements by Arif Mardin, and landmark production from Tom Dowd, Jerry Wexler, and Mardin. Titles include "Spanish Harlem", "Chain Of Fools", "I Say A Little Prayer", "Dr Feelgood", "Respect", "Baby I Love You", "I Never Loved A Man", "Call Me", and "You're All I Need To Get By".  © 1996-2023, Dusty Groove, Inc.
(Red and green Broadway label pressing.)