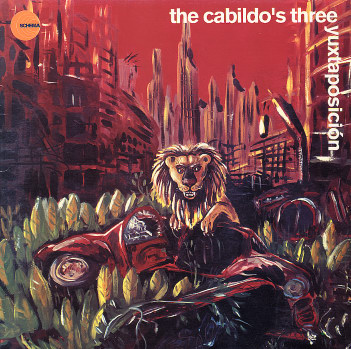 A fantastic set of Fender Rhodes from the Italian scene of the 70s – not a record that got the kind of mainstream play as American classics by Bob James and Ramsey Lewis – but a set that definitely shares their spirit! Cabildos Three were a studio group as much as a jazz combo – a trio with Cabildo on Fender Rhodes, working alongside tight bass and percussion – on jazzy tunes that were originally only done as a sound library session, but which have attained legendary status when pulled together in this full length album. The whole thing is every bit as great as the words "Fender Rhodes", "Italy", and "percussion" might suggest – and titles include "Castenada Drive", "Yuxtaposicion", "Collection Samba", "Two Types Of Complexion", "Jesus Maria District", "African Penta Song", and "Akorin".  © 1996-2020, Dusty Groove, Inc.