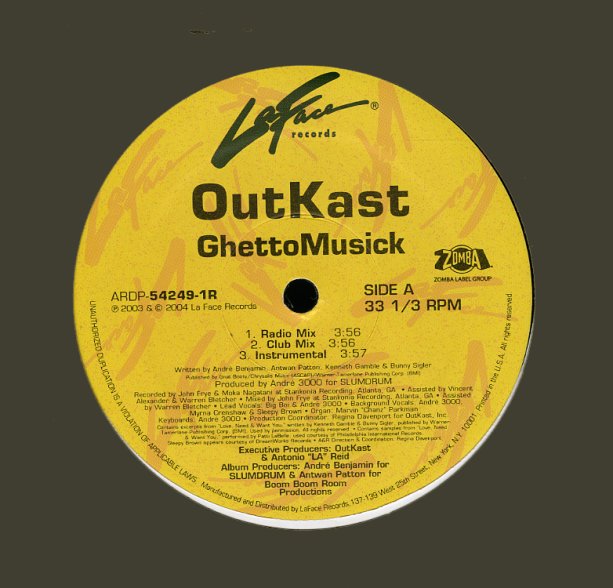 "Ghetto Musick" is Outkast at their weirdest, freakiest, most innovative. The track goes back and forth between a furiously fast synth screecher (think "Bombs Over Baghdad" and multiply) and a slower, Gamble-Huff/Bunny Sigler-sampling groover, with Andre 3000 on keyboards!  © 1996-2021, Dusty Groove, Inc.
(In a stickered sleeve.)