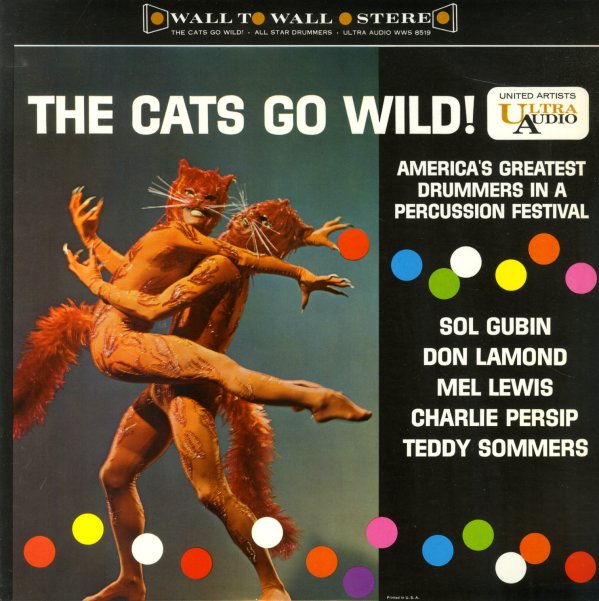 "America's Greatest Drummers" in a percussion spectacular with a lot of loud exotic sounding tracks like "Boka Butu", "Ja Ki Lin", "Noma", and "Bambu". I don't know if we'd use the word "greatest" in describing the drummers – especially since the list of talents includes names like Sol Gubin and Don Lamond – but the set does have some nice playing by our man Charlie Persip, and isn't too bad from a lounge percussion perspective.  © 1996-2021, Dusty Groove, Inc.
(Black label mono pressing.)

88 Keys And A Girl
United Artists, 1969. Near Mint-
LP...$19.99
A very cool record! This is one of our favorite "instrument & a voice" LPs, with lots of great jazzy piano cuts that feature a wordless female vocal lilting over some nice soulful keyboards. Includes a great cut called "To Make it Right", which has a sort of Tribe Called ... LP, Vinyl record album