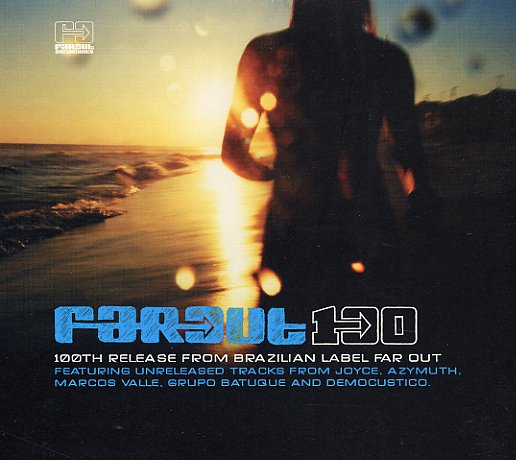 A joyous celebration of the mighty Far Out label – now over a decade old, and still one of the most freshly creative companies around! Far Out is the brainchild of London DJ Joe Davis, who has a great way of bringing together older bossa-styled grooves with a fresher take on the genre. Joe's approach is really unique, and it's one that's neither subject with the overdone bossa-remix cliches that have cluttered the market in recent years, nor the too-sleepy bossa-revival jazz that's always nice to hear, but never that exciting. Far Out really has a tremendous way of putting over a groove – one that lets the artist work at their own pace, but which also seems to push them a bit further than they might otherwise go – a fact that's certainly apparent in the label's ability to revitalize the careers of older artists like Marcos Valle, Joyce, and Azymuth! The 16 track set features 5 previously unreleased tracks, plus some other overlooked treasures for the label – all very nicely packaged at a low low price! Titles include "O Tempo Samba" by Grupo Batuque, "Demoro" by Joyce, "Tanto Tempo (unplugged)" by Vertente, "Space Carnival (Global Communications rmx)" by Azymuth, "Nao Quero Nem Saber" by Sabrina Malheiros, "Agua" by Nina & Chris, "Espada De Prate" by Celia Vaz & APE, "Pez" by Troubleman, and "Valeu (4 Hero rmx)" by Marcos Valle & Joyce.  © 1996-2021, Dusty Groove, Inc.