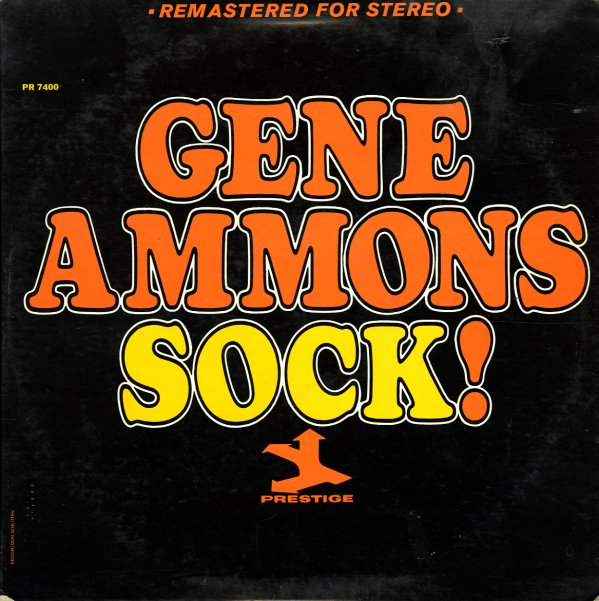 A striking title – and a strong set of grooves, even if the tracks were pulled from a variety of different sessions, and not recorded as a unified album. Jug plays tenor on all cuts – working in formats that range from a Mal Waldron led trio to larger honking groups with horn players like Henderson Chambers, Cecil Payne, Nate Woodward, and Gene Easton. Tracks are short, and most are pretty rocking – with titles that include "Blue Coolade", "Short Stop", "Scam", "Sock", "What I Say", and "Rock Roll".  © 1996-2021, Dusty Groove, Inc.
(Blue label pressing, with Van Gelder stamp – a nice copy!)

Boss Tenor
Prestige, 1960. Good
LP...$14.99 (CD...$7.99)
A soul jazz classic from Gene Ammons – the kind of session that easy made him "boss" on tenor – with a tone and conception that few other players could touch! The set is done in a style that's laidback, but never too loose – bouncing along in that "with conga" ... LP, Vinyl record album