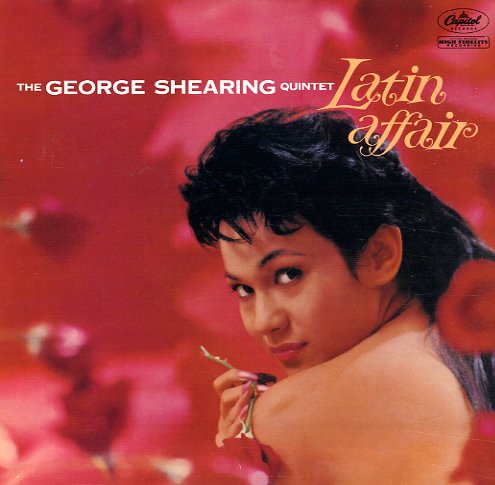 Wonderful exotic work from George Shearing – a mixture of jazz piano, Latin percussion, and lyrical guitar and vibes – all intertwined beautifully in that unique groove that really set new standards at the time! The album's got plenty of jazz, but also a nice exotic twist too – thanks to the hip instrumentation – which has George balancing perfectly between a few key spots of American musical taste of the time – and finding a rich new territory of his own! Titles include "All Or Nothing At All", "Dearly Beloved", "Juana Palangana" "Afro #4", "Magic", "Mambo Balahu", "This Is Africa","Mambo Balahu", "You Stepped Out On A Dream" and "Estampa Cubana".  © 1996-2023, Dusty Groove, Inc.
(Rainbow label stereo pressing. Cover has surface wear.)

Road Show
Capitol, 1959. Very Good+ 2LP Gatefold
LP...$6.99
A great example of the Kenton powerhouse in action – a 90 minute double-live recording that really set a new standard for jazz sets of its type! The album features a side apiece dedicated to each of the three acts – one by Kenton's orchestra, one by Christy on vocals, and one by the ... LP, Vinyl record album

Richie Kamuca Quartet
Mode, 1957. Very Good+
LP...$38.99
Pure genius from tenor saxophonist Richie Kamuca – a magical exercise in tone and balance, played by Richie with that warm and raspy style that we love so much in his work! Kamuca's probably best known for his bigger group work of the 50s, but on a session like this he steps out as a ... LP, Vinyl record album

Jacobs Brothers In Jazz
Fontana (Netherlands), 1958. Very Good+
LP...$38.99
An excellent set of Dutch jazz from the postwar years – a session built around the talents of pianist Pim Jacobs and bassist brother Ruud, both players who were quite well known in Pim's famous trio – but who step out here in a variety of different settings! Some of the tracks on the ... LP, Vinyl record album