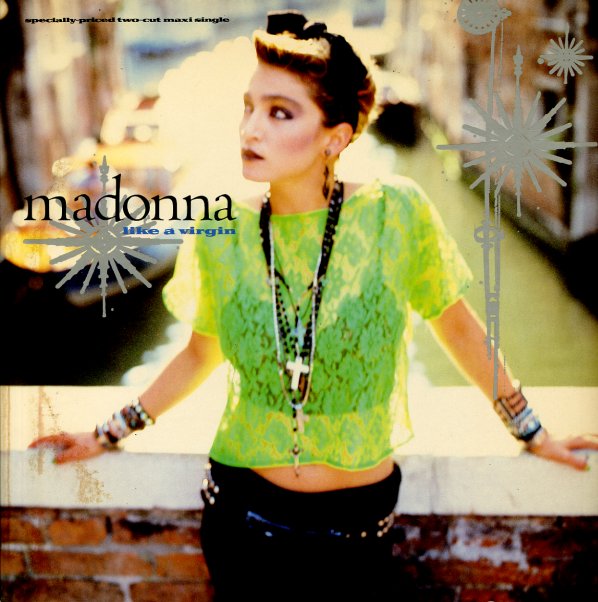 An early Madonna single – featuring some sweet Niles Rodgers production and some clubby Jellybean touches on "Like A Virgin"!  © 1996-2021, Dusty Groove, Inc.
(Cover has a promo stamp.)