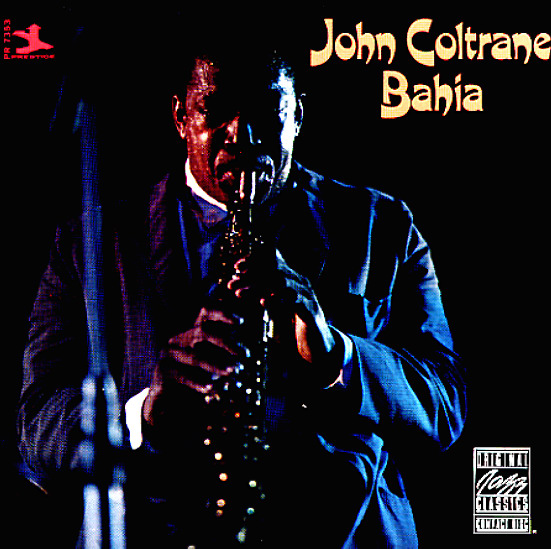 An album issued in the years after John Coltrane left the Prestige Records label – but a set that includes some very compelling sounds from the early years, really showing the tenorist in a strongly spiritual transition! Coltrane plays tenor throughout, and the record also features the Red Garland trio, with Red on piano, Paul Chambers on bass, and either Art Taylor or Jimmy Cobb on drums – but the set also features trumpet from the great Wilbur Harden on half the record – Coltrane's frequent partner over at Savoy Records, who comes into the music here with the sort of searching, open style that works so well with Trane's tenor! The music is partly in the Garland/Coltrane late 50s Prestige mode, but also has some of the deeper spiritual vibe of the Savoy years too – and titles include "I'm A Dreamer Aren't We All", "Something I Dreamed Last Night", "Bahia", and "Goldsboro Express".  © 1996-2022, Dusty Groove, Inc.
(Blue trident label stereo pressing with Van Gelder stamp. Vinyl has a slight warp and plays with distortion and crackle. Cover has some wear and aging, with heavy wear and splitting in the bottom seam.)

Alone With The Blues
New Jazz/Prestige, 1958. Sealed
LP...$24.99
A very striking album – one of Ray Bryant's most noteworthy of the time! The album features Ray playing solo piano – quite unusual for the period, as most piano jazz records, especially his, were at least cut in a trio format – with additional bass and drums. Yet the approach ... LP, Vinyl record album