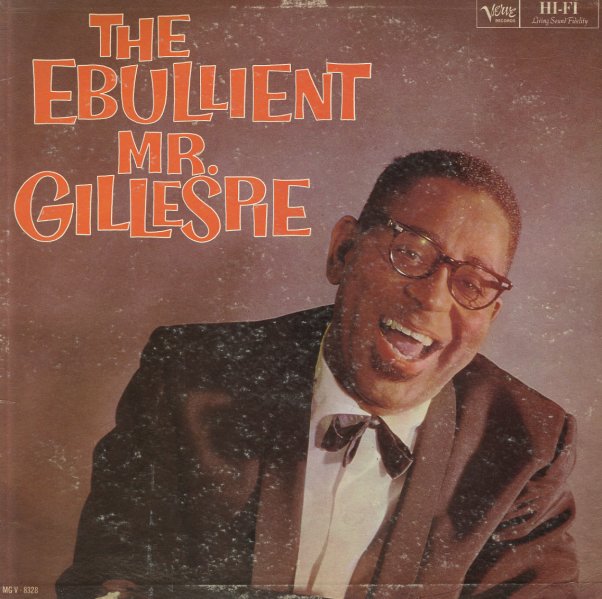 Ahhh . . . Diz in the 50s. What a great thing! He's post bop, post cubop, but still has all the best elements of those eras – wrapped up into a more complicated Latin-tinged style that's filled with warmth, humor, and some pretty compelling grooves. This set is one of Diz's best from the time – and it's got some tracks that are real classics in his book, like "Swing Low, Sweet Cadillac", "Ungawa", "Lorraine", and "Constantinople". The group's small and hip – with Junior Mance on piano, Les Spann on flute and guitar, Sam Jones on bass, Lex Humphries on drums, and Chano Pozo on conga.  © 1996-2021, Dusty Groove, Inc.
(Verve Inc stereo pressing with deep groove.)