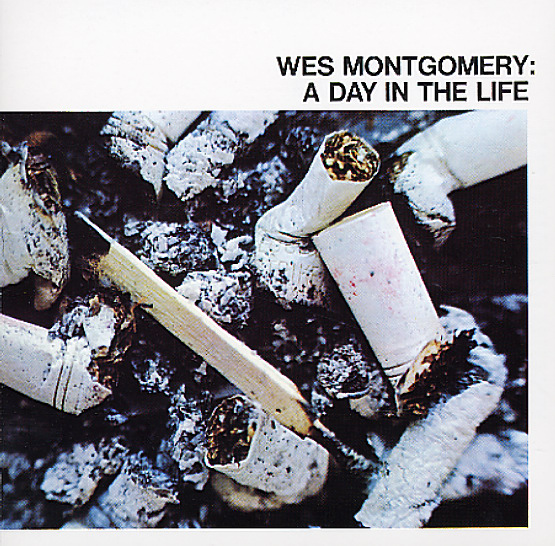 Mindblowing! This is when Wes Montgomery really starts to get interesting to us – when he's working with a top-line arranger like Don Sebesky, crafting some incredibly compelling chords over lightly jazzy arrangements and soaring strings, in a whole new mode of expression that would go onto transform a generation of guitar players! And sure, this album sold a gazillion copies – but we'll be honest in saying that we think it's loads more complex and mature than some of Wes' straight jazz sides from earlier years – light years away from the small combo dates of the early years, both in conception and sound. Titles include "Day In The Life", "Watch What Happens", "California Nights", "Windy", "Trust In Me", and "The Joker".  © 1996-2022, Dusty Groove, Inc.
(Tan label stereo pressing with Van Gelder stamp in a matte cover. Cover has some surface wear and aging.)

California Dreaming
Verve, 1966. Near Mint- Gatefold
LP...$24.99
A stone classic on Verve! Back in the 60s, Wes Montgomery must have been California Dreaming – because by the time of this LP, he'd come a long way from his Indiana roots – and had used the best part of the hip west coast scene to add a lot to his style – fuller rhythms and ... LP, Vinyl record album

Feels So Good
A&M, 1977. Near Mint-
LP...$4.99
A fantastic record – a set that's the crowning 70s achievement of Chuck Mangione! Mangione was the master of the smooth line on flugelhorn – and he really shines on the album's title track – done here at almost 10 minutes in length, with a great mellow intro, and a vibe that's ... LP, Vinyl record album

Dancing In Your Head
Horizon/A&M, 1977. Near Mint- Gatefold
LP...$39.99
One of the few standout 70s sessions by Ornette Coleman – a wonderfully rhythmic record that shows Ornette's expanding musical vision at the time! Most of the record is dominated by the guitar-heavy "Theme From A Symphony" – a very harmelodic number that takes up all of side ... LP, Vinyl record album