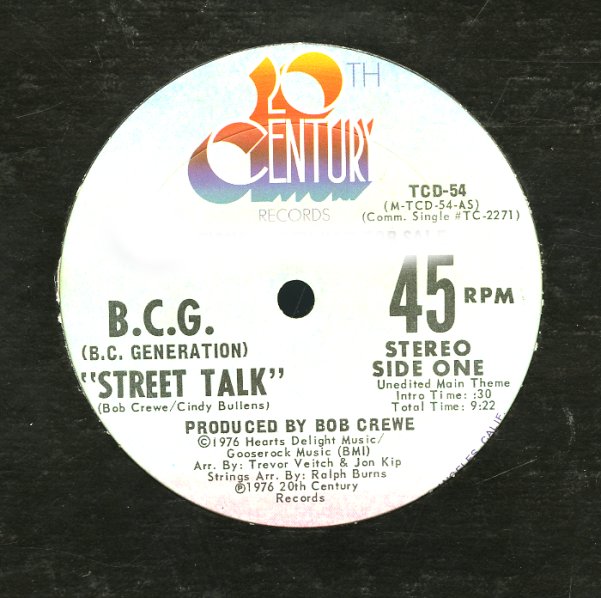 The BCG is the Bob Crewe Generation – a sweet 70s disco ensemble led by the 60s soundtrack king. Here, they've got a tightly percolated sound that reminds us of Barry White at his best – strings soaring over strong syncopation, with some chorus female vocals bubbling in amidst the glossy funky mix. Very nice, and with a wonderful classic club feel!  © 1996-2020, Dusty Groove, Inc.
(Promo in a stickered sleeve, with some wear, cup ring stains on frot, and a stain with some flaking at the bottom right.)