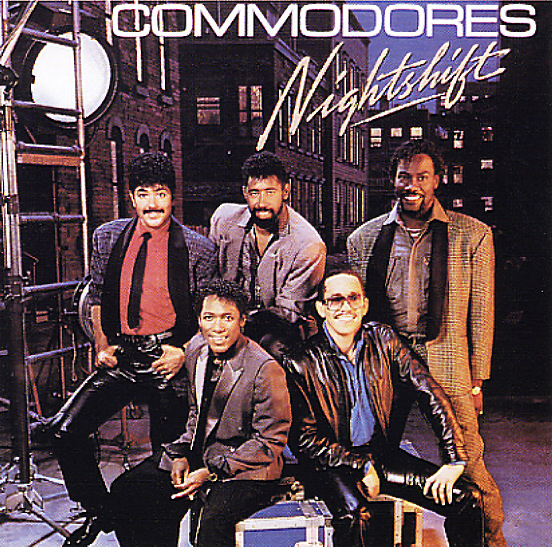 By this point in their career, The Commodores have lost Lionel Richie and any sort of funk credibility they had from their early years – but they also somehow manage to reemerge with a great new talent for a sweet mellow groove! The title tune "Nightshift" was one of those tracks that crossed over massively at the time – but to our ears, it also kind of redeemed the group too – as it's got a surprisingly soulful quality that really got the group past the soppiness of their ballads and love songs – gliding along with an almost-righteous quality that makes it a nice later cap to an earlier Motown 70s groove. Other tunes on the album don't always fare as well, but there's still some nice moments here – tunes that benefit from some Dennis Lambert production and hit just the right kind of mellow groove to follow up on the spirit of the single. Tracks include "Nightshift", "Slip Of The Tongue", "Lay Back", "Lightin Up The Night", and "The Woman In My Life".  © 1996-2022, Dusty Groove, Inc.
(Cover has light wear.)