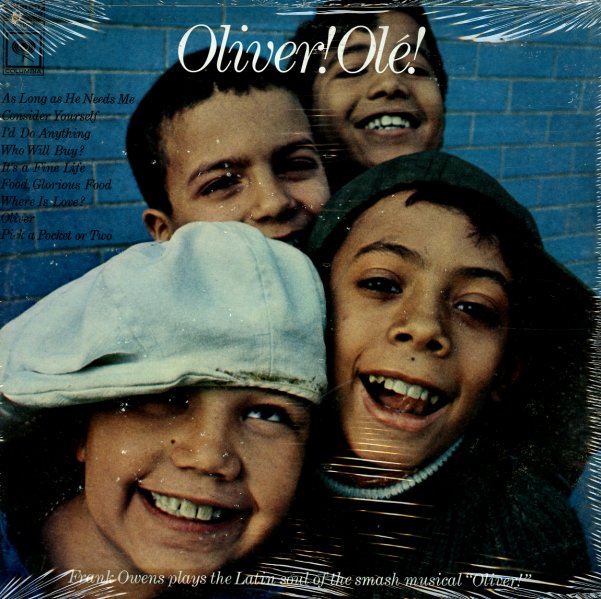 Insanely wonderful Latin soul album recorded by Frank Owens that has the surprising (and goofy) bonus of being a Latiny rendition of the hit musical Oliver! Don't be put off by that cockney musical aspect of the source material, though – because the sound here is great New York Latin Soul, with all the criss crossing of styles and sounds that that phrase should mean! There's hard percussion, pounding piano, but most importantly, a great sense of humor that makes all the tracks shine, and which makes the whole album a great goofy good time. As the liner notes say, "Say, Oliver, your momma's calling you, baby!"  © 1996-2021, Dusty Groove, Inc.
(Cover has a cutout hole, a name in pen, and some aging on the back.)