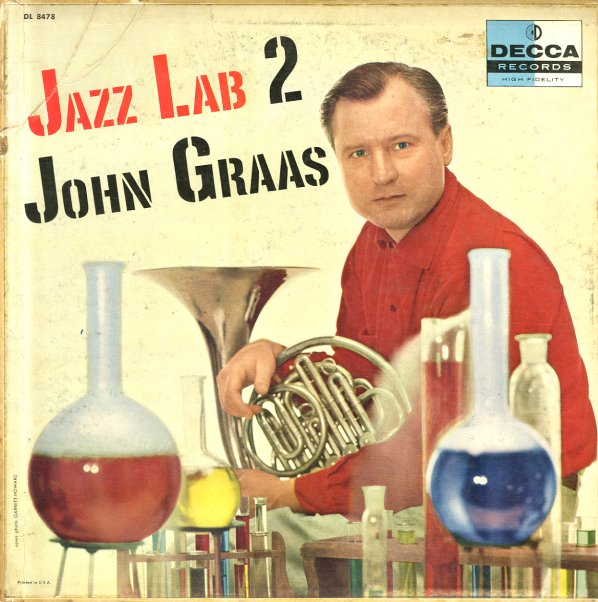 A classic session from the second wave of LA cool jazz of the 50s – headed up by French horn player John Graas, a player as important to his instrument as Gerry Mulligan was to the baritone sax! Like Mulligan, Graas was working with an instrument that you might normally think of as clunky – but he managed to swing with an incredibly fluid style – bringing the French horn into jazz with amazing skill, and working with groups of top-shelf LA players in a tightly arranged style that crackled with energy! Graas is working here in a slightly experimental "lab" style – mostly in smaller groups than some of his other recortdings, with a varied cast of characters including Paul Chambers, Philly Joe Jones, Jack Montrose, Paul Moer, Howard Roberts, Jimmy Giuffre and others. 8 tracks in all, including "Love Me Or Leave Me", "Cluster", "Mood", "Three Line Blues", "Chuggin'", "Trio", "Canon-Friar" and "Be My Guest".  © 1996-2022, Dusty Groove, Inc.
(Heavy black label pressing. Cover has a split spine, but is nice overall.)