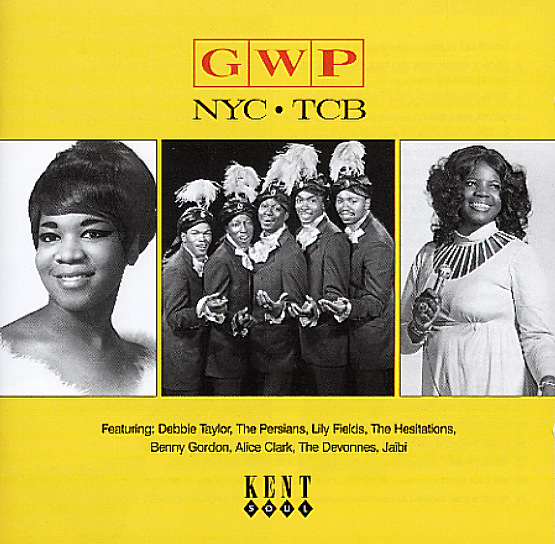 A long-overdue tribute to one of the hippest labels in 60s soul – the short-lived but excellent GWP label, home to a flurry of great indie singles at the end of the decade! GWP was a key precursor to styles that would show up more strongly in later years on east coast indies like All Platinum/Stang and Perception/Today – and the company also employed some great studio talents who would emerge even more strongly on these other labels – like Ed Bland, George Kerr, and Ray Dahrouge, all key figures in soul production at the start of the 70s. The CD does a great job of pulling together the richness of the GWP sound – a mix of uptown soul, sock-soul, sweet soul, and some deeper soul numbers that really round out the sound of the set nicely. 24 tracks in all – including "He's What I Need" by Little Rose Little, "I've Been Down For So Long" by Benny Gordon, "Let's Prove Them Wrong" by Debbie Taylor, "I Don't Know How" by The Persians, "No Defense" by Bobby Penn, "Gotta Find A Way" by The Hesitations, "Heaven's Will" by Alice Clark, "Keep Your Love Warm" by Lilly Fields, "Doin The Gittin Up" by The Devonnes Band, and "I'm Ready" by Milton Bennett.  © 1996-2023, Dusty Groove, Inc.