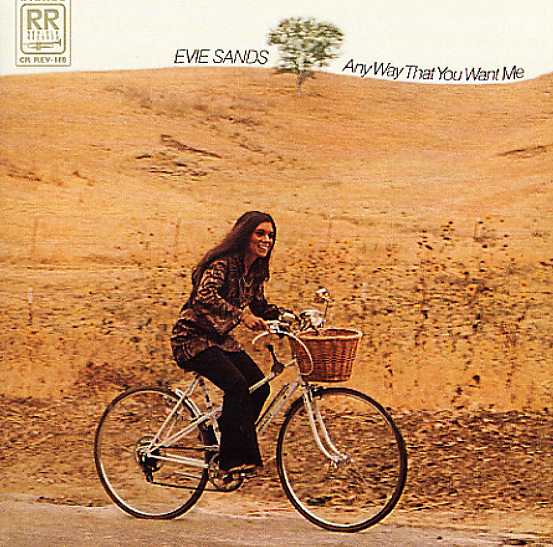 Any Way That You Want Me (with bonus track)

Sweet folksy pop from the glory days of A&M! Evie Sands has a voice that's emotive in a folk rock way, but which is here produced with smoother west coast arrangements that are more in an LA mode – which makes for a very cool mix of modes! The overall sound of the album is very hip – with that cool late 60s approach that never gets picked up by oldies stations, and which is only the province of records like this – odd mis-shots in the pop economy that often got cut out as soon as they were produced, shunned by an uncaring record buying public – but waiting to be discovered by your ears all these many years later. Titles include "Crazy Annie", "It's This I Am", "Shadow Of The Evening", "Close Your Eyes, Cross Your Fingers", "Any Way That You Want Me", "One Find Summer Morning", and "I'll Hold Out My Hand". Also includes the bonus track "Maybe Tomorrow".  © 1996-2021, Dusty Groove, Inc.