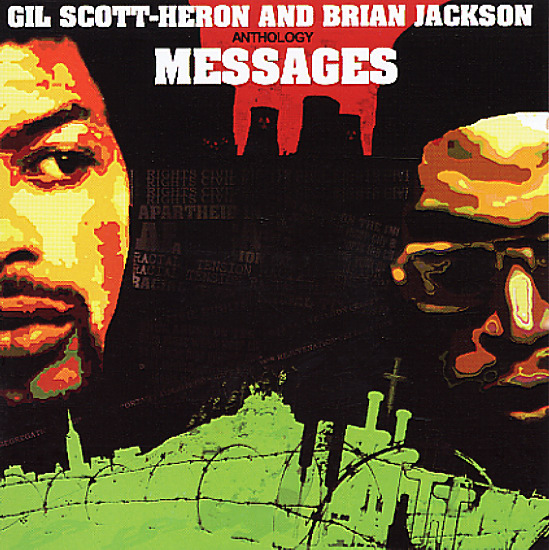 Some of the best tracks ever from the pair of Gil Scott-Heron and Brian Jackson – some of most righteous, authoritative and thematically heavy soul music ever created – compiled in one incredible set! Messianic, emotive vocals from Gil and stunningly restrained, magical soul jazz arrangements from Brian – words can't express how dynamic these tunes are! Great stuff from classic LPs such as Winter In America, It's Your World, First Minute Of A New Day, Secrets and more! 15 tracks in all: "The Bottle", "It's Your World", "Johannesburg", "Winter In America", "The Liberation (Red, Black & Green)", "Home Is Where The Hatred Is (Live)", "We Almost Lost Detroit", "Angel Dust", "Show Bizness", "Madison Avenue", "Shut 'Em Down", "Alien (Hold On To Your Dreams)".  © 1996-2022, Dusty Groove, Inc.