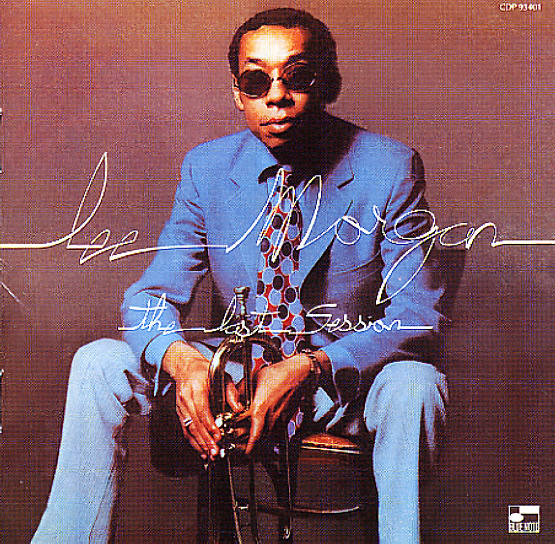 Lee Morgan (aka The Last Album)

Brilliant work throughout – the last studio album ever cut by Lee Morgan, and a mindblowing session that always leaves us wondering how massive he would have become if he hadn't been tragically murdered shortly after it was recorded! The album's a huge change from Morgan's already-great work of the 60s – and features some very extended numbers, most a side long and these free-flowing numbers that are played by a larger group than usual – but with all the intensity and focus of a small group date from Lee! The set features key work from a young Billy Harper on tenor – especially on his own fantastic compositions "Capra Black" and "Croquet Ballet" – and for many folks, the record was a key introduction to Harper's genius. But the whole lineup is wonderful too – especially Harold Mabern on piano – and other titles include "In What Direction Are You Heading", "Angela", and "Inner Passions Out".  © 1996-2021, Dusty Groove, Inc.
(70s white b label pressing. Cover has a cut corner and light ring wear.)