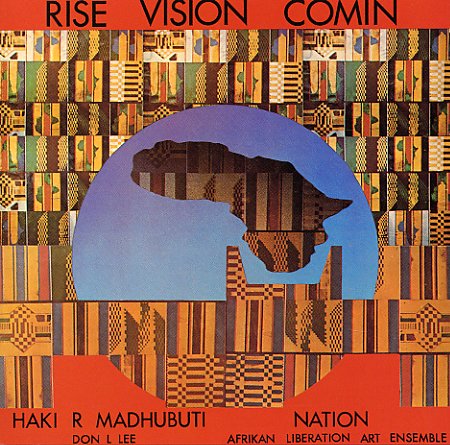 A legendary album of spoken word and spiritual jazz – put together by The Institute of Positive Education in Chicago, and featuring wisdom and knowledge from the legendary Haki R Madhubuti! The album alternates shorter vocal/musical tracks with longer ones that are pure post-Coltrane jazz – played by a group that includes Wallace Roney on trumpet, Byron Harrison on guitar, and Rufus Wright on piano – all working with saxophonist Agyei Akoto, who's also the music director of the set. There's an incredibly positive feel to the set – one that tackles the issues of the time, but which does so with a sense of optimism that's extremely rare today – and which is part of the real charm of the album. Titles include "Talking Stick", "Rise Vision Coming", "Black Man", and "Walk The Way Of The New World".  © 1996-2023, Dusty Groove, Inc.

Marvin Peterson & The Soulmasters In Concert (Japanese paper sleeve edition)
Century/P-Vine (Japan), 1968. New Copy
CD...$24.99 29.99
Tremendous early work from trumpeter Hannibal Marvin Peterson – an artist you might know from his long-spun spiritual jazz work of the 70s – but who sounds nicely different here on a rare early set from the 60s! The record was done when Marvin was part of the ultra-hip jazz program at ... CD