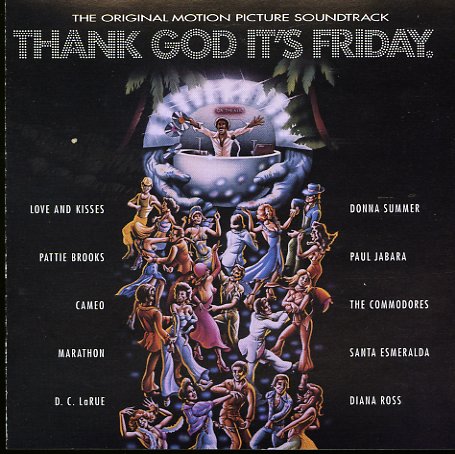 A huge disco cash-in moment of the 70s – but a great one too, and a strong illustration of the power that Casablanca Records had in both the clubs and charts at the time! The movie and record were both a bit over-pressed upon release, but they nonetheless stand as a great snapshot of the way that funky soul had taken over the clubs during the disco generation – giving showcase to a whole host of new young artists, and exposing lots of mainstream listeners to soul music at a level they wouldn't have touched a few years before! Donna Summer was one of Casablanca's big acts at the time – and she really dominates the record with her classic rendition of "Last Dance", plus tracks "With Your Love" and a disco remake of "Je T'Aime Moi Non Plus". Both other cuts are strong too – and include "Lovin, Livin, & Givin" by Diana Ross, "Too Hot Ta Trot" by The Commodores, "Disco Queen" by Paul Jabara, "Leatherman's Theme" by Wright Bros Flying Machine, "Floyd's Theme" by Natural Juices, and "Find My Way" by Cameo.  © 1996-2021, Dusty Groove, Inc.
(Includes the heavy inner sleeves. Cover has a small split on the top seam and some light wear.)