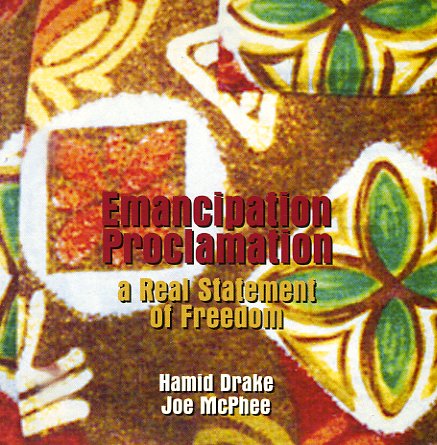 A late 90s record, but one that we might easily put next to similar spiritual improv albums from the 70s – a fantastic meeting of both artists at Chicago's Empty Bottle – with Joe McPhee on pocket trumpet and tenor, and Hamid Drake on some amazing drums and percussion! Drake's wonderfully open, fluid sense of sound is a great match for McPhee here – really opening up a side of Joe's music in a way that's a bit different than some of his other recordings of the time, including his Okka Disk material – spirited, but never stressed – exploratory, yet always with a strong sense of direction. Titles include "Hate Crime Cries", "Cries & Whispers", "Mother Africa", and "Emancipation Proclamation". Very spare, but very moving – in the manner of some of the early work by the Art Ensemble of Chicago!  © 1996-2021, Dusty Groove, Inc.