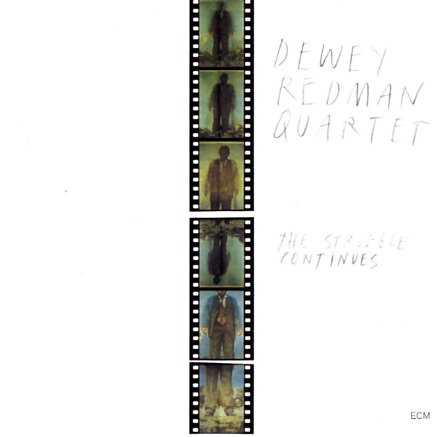 Dewey's struggle is our success – as the album's one of the strongest from the ECM catalog at the time, and a simple, clean statement of the Redman talent at its best! The setting is a quartet one – in a group that includes Charles Eubanks on piano, Mark Helias on bass, and Ed Blackwell in drums – all coming together beautifully with one aim in mind: to give Dewey just the right platform for blowing on each number. "Love Is" is a gently soulful tune that has a warm lyrical quality, offset by the harder, blusier approach of "Turn Over Baby", or the freer explorations of "Combinations" – all of which are Redman originals. And if that's not enough, the group swing back into bop territory for a closing rendition of Charlie Parker's "Dewey Square", taken by Redman at a personal pace with few traces of Parker.  © 1996-2022, Dusty Groove, Inc.
(Original US pressing. Cover has light wear, but looks great overall.)