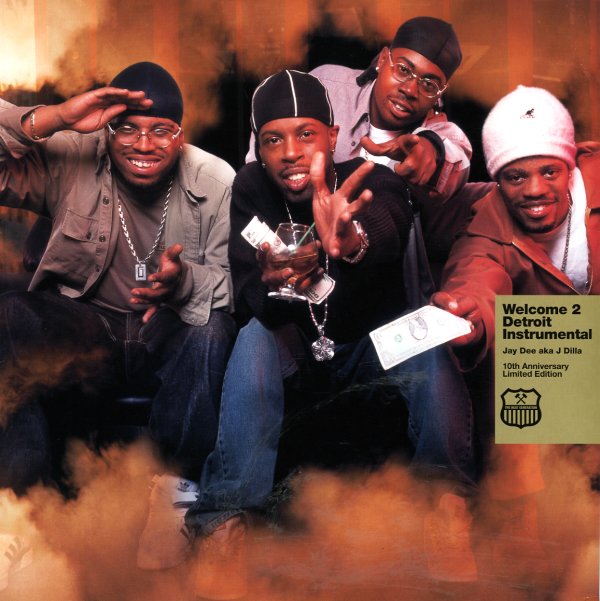 The deeply in-demand beats for Jay Dee's now classic 2001 effort! We don't need to tell you that Welcome 2 Detroit turned out to be a wonderful debut for the initial BBE hip hop series. It really started out as a breakbeat project from the late Detroit legend, but soon morphed into a full-on hip hop album – complete with live instrumentation on Fender Rhodes, trumpet, keyboards, and drums, with lyrics on about half of the tracks. This one returns the project to more of that pre-planned breakbeat feel. A stellar set, with lyrics, or without – one that laid the groundwork for Dilla's subsequent production aesthetic! Features great remakes of "African Rhythms" (Oneness of Juju), "Brazilian Groove" (Earth Wind & Fire), and "Think Twice" (Donald Byrd), plus the cuts "Y'all Ain't Ready", "Shake It Down", "Give It Up", "The Clapper", and "Come Get It", "Think Twice" and more.  © 1996-2021, Dusty Groove, Inc.
(Limited 2LP repress for its 10th Anniversary.)

Illadelph Halflife
Geffen, 1996. New Copy 2LP Gatefold (reissue)
LP...$28.99 34.99 (CD...$4.99)
The second major label set from The Roots, and what many consider their first and definitely not their last) irrefutable classic! We could make the case for the debut Do You Want More? as a bonafide classic, too, but this is certainly the tone certainly the one that cemented their status and one ... LP, Vinyl record album

Miles – From an Interlude Called Life (3LP set)
Dirty Science, 2020. New Copy 3LP
LP...$33.99 34.99 (CD...$13.99)
Maybe the most ambitious set so far from the duo of Blu & Exile – an expansive double-length set, delivered after a hiatus of new material for a number of years – and a record that really shows just how much the pair have grown during that time! Hip hop is still at the core of the ... LP, Vinyl record album