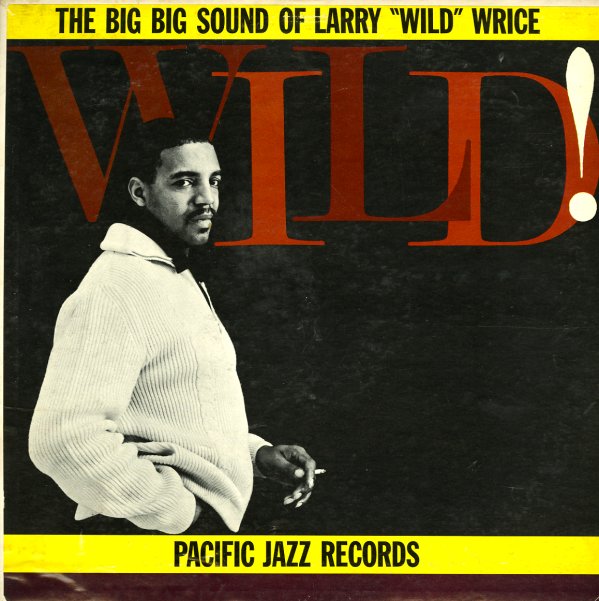 The only album we've ever seen from jazz drummer Larry Wrice – a Chicago player who really kicks it in a hard and heavy soul jazz groove! Larry's got an approach to the kit that's quite a lot like that of Joe Dukes – one that's always concerned with pushing the rhythms of the tune very strongly, but which is so strong, so confident that it can snap away for some additionally playful work all around the kit – making for a groove that's extremely groovy throughout! For the set, Larry's working in a quartet format – with a young James Spaulding on tenor, alto, and flute (his first session?), Bobby Bryant on trumpet, and Bobby Blivins on organ. Tracks are short, soulful, and very down and dirty – far more so than we would ever expect for a session on Pacific Jazz at the time! Titles include "Husky", "Church Seat", "Travelin", "Swingin & Things", "Santifism", "Antler Rock", "Unholy Four", and "Wild Wrice".  © 1996-2021, Dusty Groove, Inc.
(Mono black & silver label pressing with deep groove. Cover has light wear and aging, with some splittting in the top seam.)

Swinging Soundtrack (aka Theme Music From The James Dean Story)
Pacific Jazz/Kimberly, 1956. Very Good+
LP...$14.99
Although the initial release of this music was a cheap attempt to cash in on the tragic fame of the late James Dean, this 1956 session was also one of the nicest big band dates to come out of the Pacific Jazz catalog of the 1950s! Chet Baker and Bud Shank are the featured soloists of the set ... LP, Vinyl record album