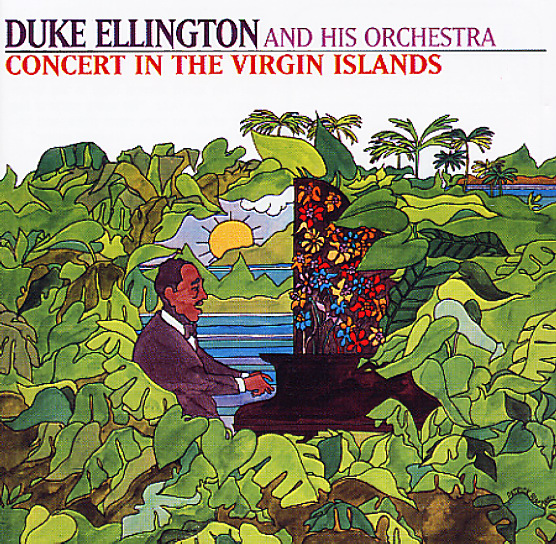 Concert In The Virgin Islands

One of the great entries in Duke Ellington's "exotic" albums of the 60s – records that aren't exactly exotica by any stretch of the imagination, but which have musical themes that were inspired by the international travels of the Ellington band at the time! In this case, the locale is the Virgin Islands – where Ellington performed in 1965, and returned home to record this set as a memory of tunes played by the band in St Croix and St Thomas. The core of the set is the initial Virgin Islands suite – made up of four new tunes that include "Island Virgin", "Virgin Jungle", "Fiddler On The Diddle", and "Jungle Kitty" – all nicely rhythmic numbers that explore some fresh themes with especially nice horn solos from the members of the group. Other tracks are older numbers performed on the tour, given a bit of a new twist here – on titles that include "Fade Up", "Mysterious Chick", "The Opener", and "Big Fat Alice's Blues".  © 1996-2021, Dusty Groove, Inc.
(Early 80s pressing on Discovery.)