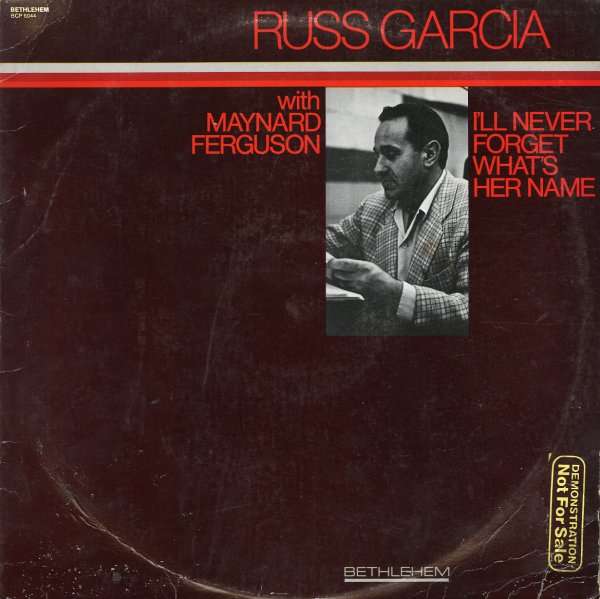 Great work from the hands of Russ Garcia – one of the most underrated arrangers of the 50s! Garcia's leading a 4-horn frontline that includes Frank Rosolino, Herbie Harper, Tommy Pederson, and Maynard Ferguson – with backing by a small rhythm group that includes Stan Levy, Red Mitchell, and Marty Paich. The resultant sound is a smooth wall of bass-y trombone sounds, and it works equally well on the album's mellow ballads and tighter west-coasty numbers. Tracks include "I'll Never Forget What's Her Name", "Zigeuner", "Limehouse Blues", "Lush Life", "Ramona", and "What Is This Thing Called Love?".  © 1996-2021, Dusty Groove, Inc.
(70s pressing.)

Finest Of Art Blakey's Big Band
Bethlehem, 1957. Near Mint-
LP...$9.99
Quite an unusual record from Art Blakey – a rare big band session, recorded with a lineup that's quite different than the usual Jazz Messengers! Turns out, Blakey's quite good in this setting – and has the same firey energy to direct a larger ensemble that he has when working with a ... LP, Vinyl record album

Charlie Mariano
Bethlehem, 1955. Very Good+
LP...$24.99
Insanely wonderful early work from Charlie Mariano – some of the freshest, cleanest alto sax work of its time – blown with a tone and sense of soul that goes way beyond some of Mariano's contemporaries at the time! The album was recorded for Bethlehem Records, and is relatively ... LP, Vinyl record album

Third Dimension
Bethlehem, 1956. Near Mint-
LP...$34.99
Excellent early work from Roland Kirk – not as groundbreaking as later sessions, but still filled with fire and imagination, and proof that the famous blind player was a genius even at an early age! Kirk plays alto, tenor, and soprano – and on all tracks, he plays them in his unique ... LP, Vinyl record album

Something Else By Johnny Richards
Bethlehem, 1956. Very Good-
LP...$2.99
Some of the best work ever from one of the most under-acknowledged jazz composers and arrangers of the 50s! Johnny Richards is probably best known for his recordings with Stan Kenton in the early part of the decade – but when he moved out on his own, he developed a tremendous sound that was ... LP, Vinyl record album