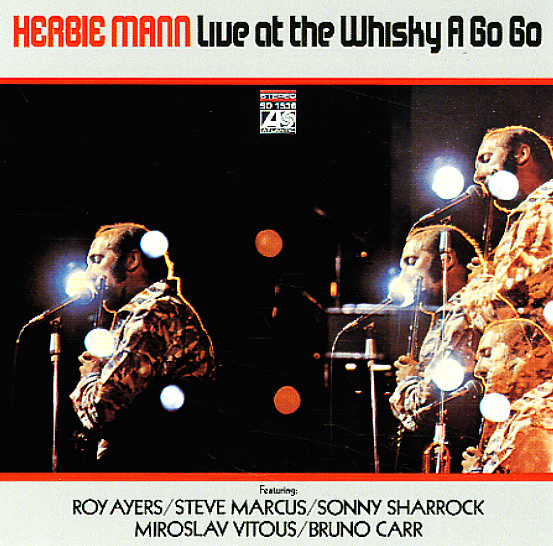 Live At The Whisky A Go Go

Herbie Mann kicks Johnny Rivers off the stage of the Whisky A Go Go – and serves up some amazing long tracks that really redefine the sound of jamming on the Sunset Strip! The album's quite unusual for the time – in that it features two long tracks, which each run a side apiece – played by Herbie's hip late 60s group that featured Sonnh Sharrock on guitar and Roy Ayers on vibes – plus Steve Marcus on tenor and Miroslav Vitous on bass! With players like that, you can bet there's a massive sound to the whole thing – one that goes beyond even the boldness of other live Herbie Mann albums – and titles include a long take on Chris Hill's "Ooh Baby", and side two features a great version of Rufus Thomas' classic "Philly Dog".  © 1996-2021, Dusty Groove, Inc.
(Stereo red & green label Broadway pressing.)