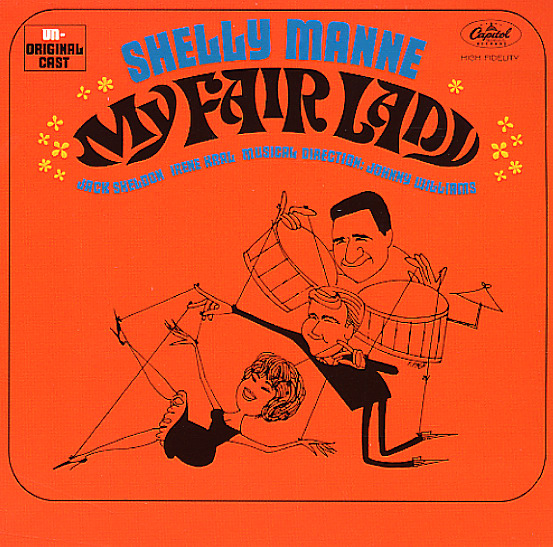 Way way more than just a simple "jazz meets Broadway" session – as Shelly's working here with vocals by Jack Sheldon & Irene Kral, and arrangements by soundtrack maestro Johnny Williams – in a style that completely recasts the score! The album's got a really dynamic kind of range – one that's purely phonographic, and not just a weak attempt to capture Broadway on wax. Jack and Irene perform the work with a style that's personal and intimate, and Williams' arrangements have a swinging 60s flair that's totally great – and made even better by players that include Don Sleet, Russ Freeman, and Charlie Kennedy. Titles include "I'm An Ordinary Man", "Why Can't The English", "Ascot Gavote", "Show Me", "The Rain In Spain", and "You Did It".  © 1996-2020, Dusty Groove, Inc.
(Cover has light wear and some aging.)