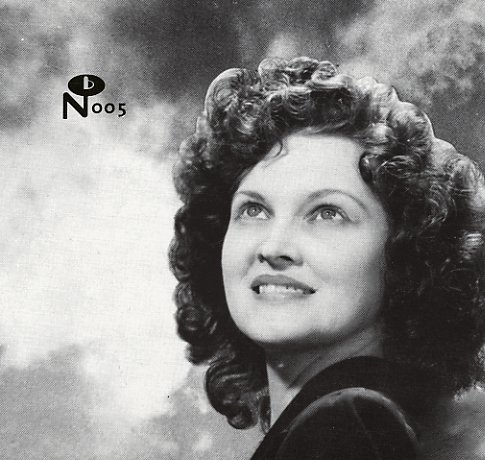 Southern hillbilly soul from Fern Jones – a minister, church singer and songwriter with a real feel for the secular shake of 50s Sun Records, honky tonk, and shout blues – a pure evangelical with a worldly groove! Fern worked the gospel circuit of tent and church shows for many, many years – but only recorded two albums, this one for Dot/Paramount. Fern sings in the torch country style of Patsy Cline, often with spare rockabilly-styled guitar and drums backbeat. This album is probably most noteworthy for the classic song "I Was There When It Happened" – co-written by Fern Jones and made famous by Johnny Cash. It's especially legendary because it was the only gospel number Sam Phillips allowed Cash to include on his first LP. But Fern's album is more than worthy of a late discovery – she's a true pioneer, fearlessly blending the Lord's work with the Devil's music – at a time when such poles were anathema for most artists, fans, and record labels alike! Original album tracks include "You Ain't Got Nuthin'", "I Do Believe", "Be Thankful You're You", "I Ain't Got Time", "Let Tomorrow Be" – plus the bonus tracks "When I Meet You", "By And By", "I Don't Care What The World May Do" and "This World Is Not My Home".  © 1996-2022, Dusty Groove, Inc.