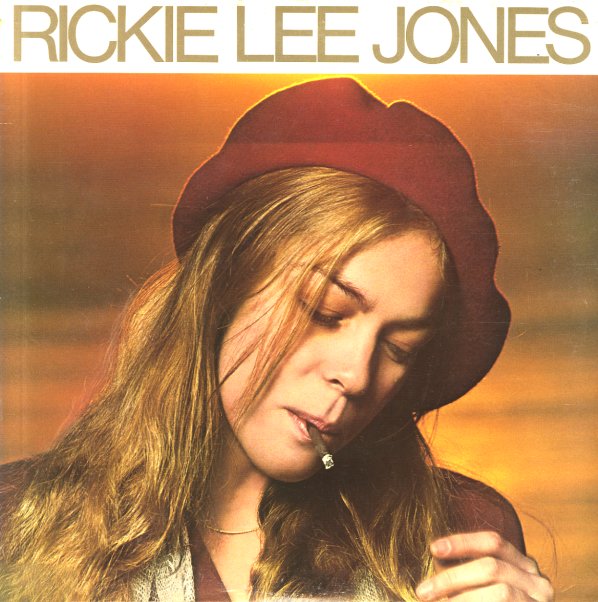 Sure, Rickie Lee Jones went onto become a bit of a cliche in later years, but this early album's still got an undeniable power – and was a great breath of fresh air, at a time when it seemed like most of modern music was forgetting its roots! What is it with the LA scene from the 60s onward that they always seemed to find their best inspiration in the past? Artists like Harpers Bizarre, Randy Newman, Tom Waits and others set the stage for a record like this – by reaching back into older styles and bringing them forward with a more contemporary spin. (And why was it that LA seemed to be the center of this mode – and New York, Chicago, and other cities never worked that way?) Rickie serves up a nice assortment of older-styled vocal cuts – performed with a mixture of traditional and 70s jazz backings, supported by some extra-classy Warner production from Lenny Waronker. Titles are all originals, but done with an older hipser sort of feel – and titles include "Easy Money", "Chuck E's In Love", "Young Blood", "The Last Chance Texaco", "Danny's All Star Joint", "Weasel & The White Boys Cool", "Company", "Coolsville", and "On Saturday Afternoons In 1963".  © 1996-2022, Dusty Groove, Inc.
(Cover has a small cutout notch.)

Pirates
Warner, 1981. Near Mint-
LP...$6.99
Classic material from Rickie Lee Jones – with titles that include "Living It Up", "Skeletons", "Pirates", "We Belong Together", "Woody & Dutch On The Slow Train To Peking", "Traces Of The Western Slopes", and "The ... LP, Vinyl record album