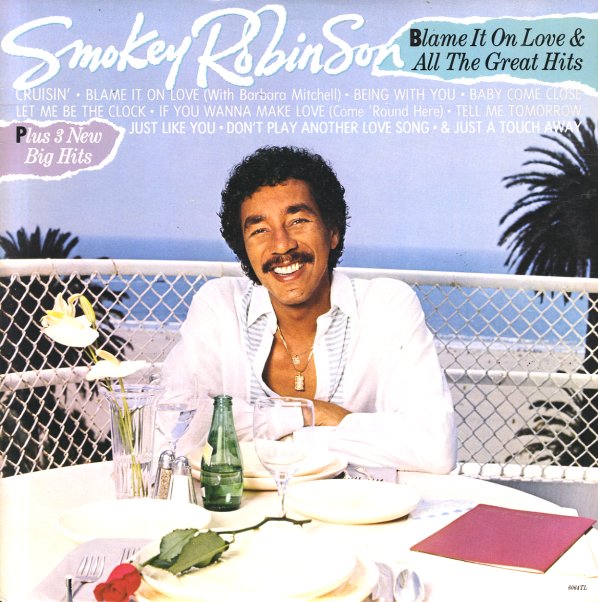 Blame It On Love & All The Great Hits

A very mellow overview of Smokey's later solo work – the post-Quiet Storm period, when he was easily slipping from classic soul into adult contemporary territory – and really crossing over big at the time! And while we could probably say that most of this stuff is far watered down from the original Motown inspiration, the work's also got a certain sort of gentle "adult" love song charm. Titles include 3 new tracks exclusive to the album – "Just Like You", "Don't Play Another Love Song", and "Just A Touch Away" – plus "Cruisin", "Blame It On Love", "Baby Come Close", "Tell Me Tomorrow", and "Being With You".  © 1996-2021, Dusty Groove, Inc.
(Cover has a cutout notch.)