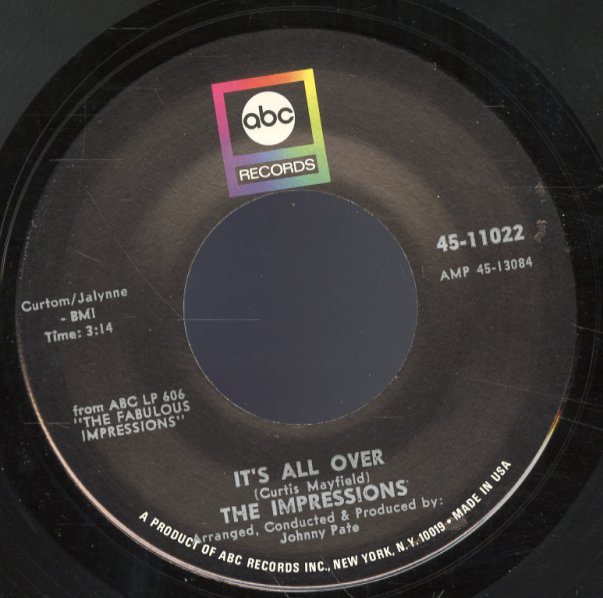 We're A Winner/It's All Over

An incredible track by The Impressions! Although it's hard to believe it now, "We're A Winner" was actually banned from radio in Chicago when it came out – because the track's politics were too strong, and the message of pride was deemed inappropriate for the mainstream stations! The cut's a great one – with Curtis' famous "movin' on up" line, and some excellent vocals. "It's All Over" is Curtis' original version of the song that Walter Jackson scored big with – and his version's nearly as great as Walter's!  © 1996-2021, Dusty Groove, Inc.
(In an ABC sleeve, with a bit of pen. Includes jukebox strips.)